What Are Smelling Salts And How Do They Skyrocket Gym Performance?

The use of smelling salts dates back to the 13th century where they were used as a medicinal aid to help revive a person who was feeling faint or had fainted.  Their use became commonplace during the Victorian era and continued right up until the mid 1900’s.  Nowadays, smelling salts are no longer used as a medicine but their popularity has grown in certain sports, where an athlete would use them as a stimulant to create a short term boost to mental alertness.

Smelling salts contain a primary ingredient called ammonium carbonate, a concentrated ammonia in a salt form.  Most smelling salts sold today are diluted with water and sometimes a perfume is added, such as eucalyptus, to make the scent slightly more pleasant when used.

When used as a medicinal product back in the Victorian era, it was typical for the smelling salts to be made out of pure ammonium carbonate.

We always recommend that you check the full chemical mixture of your smelling salts before you start using them.

HOW DO SMELLING SALTS WORK?

Inhaling smelling salts will release ammonia gas that irritates both your nasal passages and the lung membranes.  This in turn, quickly alters your breathing pattern and increases your heart rate.  When your heart rate increases you trigger the amygdala.  This is the part of your brain that is responsible for what is known as the ‘fight or flight’ response.  This then releases both adrenaline and cortisol, which are stress hormones. 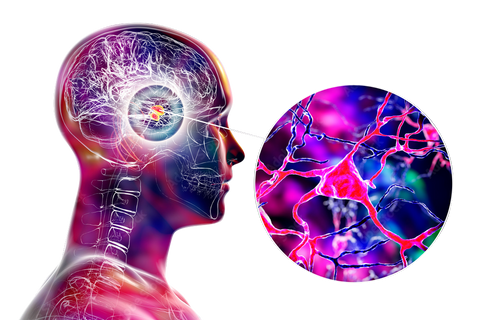 When adrenaline is released into the body, your blood and oxygen is redirected to the major muscles causing a short term spike in both energy and strength.  This spike generally lasts no longer than 60 seconds.

This is why you may have noticed that when an athlete such as a powerlifter uses smelling salts, they do so right before they lift.  To find out more about what Equipment a Powerlifter uses please read our article here

Essentially, smelling salts are used to momentarily change how an athlete is breathing, increasing their oxygen intake, and reinvigorating them.  Using the salts quickly helps athletes regain energy and improve focus.

Nowadays, smelling salts are produced in a controlled environment whereby the amount of ammonium carbonate used is relatively low ensuring its safety.

In the USA and UK, smelling salts are completely legal and still sold by pharmaceutical companies to assist with complaints such as head colds.

However, there are stronger formulas available which are marketed as a performance aid for sports athletes and not for those under the age of 18.   Some of these are solid pieces of ammonia which, once exposed to the air, lose their potency over time.

In respect of their use in sporting environments, it depends on the sport.  Smelling salts are commonly used in sports such as American football, hockey, Olympic lifting and powerlifting.

Athletes that partake in contact sports such as American football and hockey can sometimes take a pretty hard hit from other athletes, this is in turn can cause them to become unsteady on their feet and a bit light headed.  The use of the smelling salts would quickly help them to regain focus for their game.
For weightlifters and powerlifters, they take advantage of the salts by using them immediately prior to their explosive lifts to improve focus, strength and energy.

As mentioned above, this is done right before they lift due to the short term effects of the salts.

However, one sport has banned the use of smelling salts.  Back in the 1950’s the use of smelling salts was prohibited in the UK with the USA following suit shortly thereafter.  This was not because of any associated health issues but rather the potential for the salts masking any severe head injury.  If a boxer had received a significant blow to the head but continued to power on through the match by using the salts, and further injuries could have been fatal.

Whilst the use of smelling salts has been growing in popularity in certain sports there is still no hard evidence to prove they actually benefit an athletes performance.

One manufacturer put out a statement saying that their intended use was only to prevent or treat fainting and to be done so sparingly and not for use by athletes as a performance enhancer.

No adverse health issues have yet to come about from the use of modern day smelling salts meaning they are completely safe to use. However, smelling salts generally have different concentrations of ammonium carbonate and we would always recommend checking the ingredients to understand the strength before proceeding to use.

All salts have a recommendation that they are used sparingly and as directed, usually by taking a short sniff of the product from around 10cm away. By holding the salts too close to your nose, you run of the risk of the damaging nasal membranes due to concentrated exposure.  It’s also important to overuse smelling salts as there have been cases of headaches with improper use.

Some athletes who have used smelling salts prior to a lift, such as a squat, have reported symptoms such as watering eyes and burning nostrils, this had a detrimental effect so it would seem the use of salts vary from person to person and whether or not they find them advantageous prior to lifting.

HOW MANY TIMES CAN YOU USE SMELLING SALTS?

Usage would depend on the strength of the product and the manufacturers guidelines.

Whilst, there is no research to specify any limitations on product use, as ammonium carbonate is an irritant to lungs and nasal passages using sparingly would be wise.

With too much use you may also find that your tolerance will build up meaning you have to resort to stronger smelling salts or an increase in usage, this should be avoid to prevent any potential long term side effects.

Smelling salts are often sold in a couple of different formats. One being, small individual capsules which are intended for one time use and the other being in a bottle format which will last slightly longer.

However, as mentioned above, once the product is exposed to air it begins to lose its potency so its likely to have a shelf life.

If the concentration of ammonia in the air is particularly then yes, it can certainly be dangerous.

Side effects depend on the concentration levels.  As an example, ammonia at 50 ppm (parts per million) can eye, nose and throat irritation with around 2 hours of exposure.  At the other end of the scale, levels at 2500 to 4000 ppm can be fatal to a human being with 30 minutes exposure.

ARE THERE ANY ALTERNATIVE TO SMELLING SALTS?

A number of people have had a go at making their own smelling salts. However, you should exercise caution with this method when using ammonia.

Alternatives to smelling salts are also being made which are free from ammonia and contain simple solutions of Epsom salts, sea salt and a chosen essential oil.  Suitable essential oils for this process could include peppermint (helps to prevent fatigue), rosemary (known to improve brain activity and focus) or eucalyptus (increases energy and improves focus).

Whilst there is no conclusive evidence to prove that smelling salts can positively alter an athletes performance, smelling salts certainly may have their place in helping to improve mental focus and  offer a short term energy and strength boost to athletes but as they are a stimulant, the should be use sparingly and correctly to prevent any unwanted side effects.

Newer Barbell Collars – Everything You Need To Know
Back to list
Older What Are Fractional Plates And Why Should You Use Them?